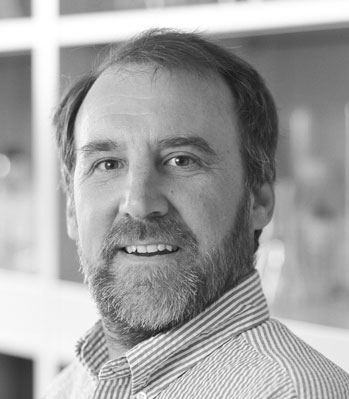 University of Colorado School of Pharmacy

After graduating with a bachelor’s degree in biology from Oregon State University in 1982, I was not sure what I was going to do with my life.  Needing employment in an era lacking math and science teachers, I got a job as a middle school math teacher.  After 3 years of frustration, I enrolled in the graduate program in Zoology at the University of California, Davis in the laboratory of John Crowe.  For my thesis, I studied the stability of liposomes during freezing and drying, and utilized many physical techniques not typically associated with a Zoology department (e.g., calorimetry, IR spectroscopy, FRET).  I received my PhD in 1989, and stayed at Davis as a postdoc for another year before taking a postdoctoral position at the University of Colorado, Boulder in the laboratory of Steve Hand.  During my time in Boulder, I studied molecular turnover in quiescent brine shrimp in an attempt to understand how animal cells can survive extended periods of drought and hypoxia.  In 1993, I came to the School of Pharmacy in Denver to work in the laboratory of John Carpenter.  After several years of working between Denver and Boulder, I joined the Pharmacy faculty in 1998.  My initial studies focused on the stability and characterization of lipid-based gene delivery systems, and later experiments explored the mechanisms by which lipids facilitate intracellular delivery.  I have founded two small companies, served as a permanent member of an NIH review panel (BMBI) and as an expert witness, am a member of several editorial boards, and have authored over 100 publications. I am active in teaching the pharmaceutics and pharmaceutical compounding courses in the professional pharmacy curriculum, and I also teach a drug delivery course in the PhD curriculum.