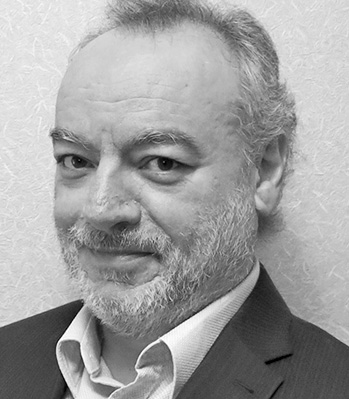 Dr. Hasan Uludağ has been with the University of Alberta since 1997, currently based at the Department of Chemical & Materials Engineering. He holds joint appoints with the Faculty of Medicine & Dentistry and Faculty of Pharmacy & Pharmaceutical Sciences.

Dr. Uludağ is directing interdisciplinary research programs on experimental therapeutics, specifically focusing of designing functional biomaterials to realize the potential of new, unconventional therapeutic agents. His research activity is conducted in the context of bone regeneration and anti-cancer therapies.

Dr. Uludağ is actively involved in various biomaterials societies around the World and is an elected Fellow of the International Union of Society of Biomaterials Science and Engineering (IUS-BSE). Besides acting as the lead editor for Frontiers in Biomaterials, he is serving on the editorial board of several international journals. Dr. Uludağ published >160 peer-reviewed journal articles, with ~20 book chapters.

Dr. Uludağ obtained dual B.Sc. degrees in Biomedical Engineering and Biology from Brown University (Providence, RI) in 1989, specializing in biomedical engineering with a strong emphasis in biological sciences. He then completed his Ph.D. degree in 1993 at the Department of Chemical Engineering & Applied Chemistry at the University of Toronto, where he developed an expertise in polymeric biomaterials. He spent four years in an industrial setting (Genetics Institute Inc.; Boston, MA; now part of Wyath Pharma), where he contributed to development of a tissue engineered bone-inducing device for clinical use.