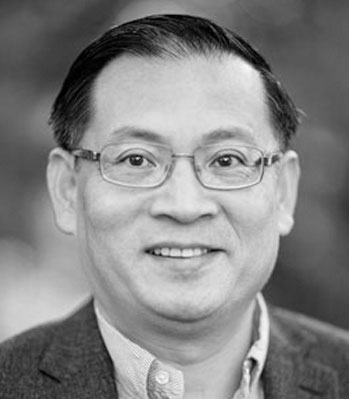 Professor Jiang is currently the Boeing-Roundhill Professor of Chemical Engineering and Adjunct Professor of Bioengineering at the University of Washington (UW), Seattle. He received his B.S. degree in 1985 from Huaqiao University, M.S. in 1988 from the Nanjing Institute of Chemical Technology under the guidance of Profs. Shi Jun and Wang Yanru, and Ph.D. from Cornell University in 1993 under the guidance of Profs. Keith E. Gubbins and John A. Zollweg, all in chemical engineering. He was a postdoctoral fellow at the University of California, Berkeley with Prof. Kenneth S. Pitzer between 1993 and 1994, and a research fellow at the California Institute of Technology with Prof. William A. Goddard, III between 1994 and 1996, both in chemistry. In 2007, he was a visiting professor in the Department of Chemical Engineering at MIT with Prof. Robert Langer. Since 2010, Prof. Jiang has been a senior editor for Langmuir, the ACS journal of fundamental interface science. He was elected as Fellow of the American Institute of Chemical Engineering (AIChE) in 2012, Fellow of the American Institute for Medical and Biological Engineering (AIMBE) in 2010, as a member of the Washington State Academy of Sciences in 2011, and as a UW Presidential Entrepreneurial Faculty Fellow in 2012. In 2001, he received a National Science Foundation CAREER award. He organized/co-organized the first and second international conferences on bioinspired and zwitterionic materials (ICBZM 2013 in Hangzhou, China and ICBZM 2015 in Seattle,  USA) and edited/co-edited two special issues on zwitterionic materials in the Journal of Biomaterials
Research, Polymer Edition (2014) and Acta Biomaterialia (2016).

Prof. Jiang’s research focuses on biomolecular interfaces, biomaterials, and biosensors–particularly on the molecular understanding, design and development of zwitterionic-based functional materials for biomedical and engineering applications.