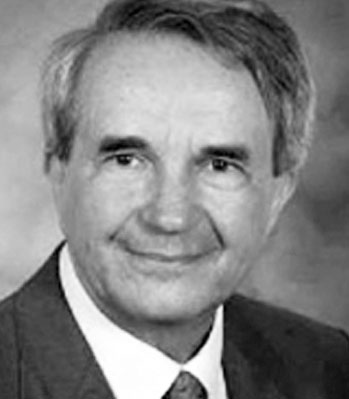 Jindřich Henry Kopeček received his Ph.D. in Macromolecular Chemistry from the Institute of Macromolecular Chemistry (IMC) and D.Sc. in Chemistry from the Czechoslovak Academy of Sciences (CAS), Prague, Czech Republic. His postdoctoral studies were done at the National Research Council of Canada. Before joining the University of Utah, he served as Principal Investigator and Laboratory Head at the IMC CAS (1972–1988). He is currently Distinguished Professor of Bioengineering and Distinguished Professor of Pharmaceutical Chemistry at the University of Utah.  He served as President of the Controlled Release Society (1995-1996), Chairman of the Department of Pharmaceutics and Pharmaceutical Chemistry (1999-2004), and Chair of the Biomaterials and Interfaces Study Section at the National Institutes of Health (2003-2006).  Prof. Kopeček serves on Editorial Boards of 14 international scientific journals. His awards include the Founders Award of the Controlled Release Society (1999), Millennial Pharmaceutical Scientist Award (2000), Paul Dawson Biotechnology Award (2001), Distinguished International Scientist Award of the Japanese Biomaterials Society (2006), Honorary Professorship, Sichuan University, China (2007), Lifetime Achievement Award from the Journal of Drug Targeting (2011), Honorary Doctorate from the University of Helsinki, Finland (2014), and Distinguished Mentor Award, University of Utah (2017). He is an elected member of the US National Academy of Engineering (2011). Kopeček's research interests are focused on biorecognition of macromolecules, bioconjugate chemistry, drug delivery systems, and self-assembled biomaterials.  Hydrogels from his laboratory have been in clinical use and HPMA copolymer - anticancer drug conjugates in clinical trials.  Kopeček’s Hirsch index is 88; his publications have been cited 27,000 times (GoogleScholar 10222017).