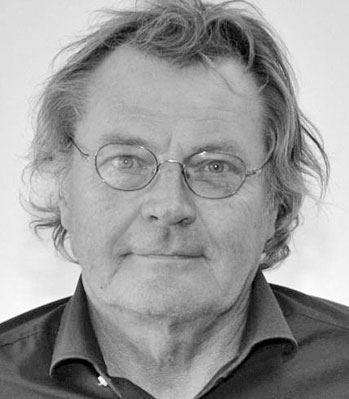 Dr. James K. Gimzewski is a distinguished professor of Chemistry at the University of California, Los Angeles and member of the California NanoSystems Institute. His current research includes nanoscale science of biological systems, fabrication of atomic switch networks to emulate the neocortex and the mechanobiology of cells, exosomes and actin bound with neuronal binding proteins. Dr. Gimzewski is a Fellow of the Royal Society and Royal Academy of Engineering. He has received honorary Doctorates (DSc hc & PhD hc) from the University of Aix II in Marseille, France and from the University of Strathclyde, Glasgow. He is a PI at Materials Nanoarchitectonics  (MANA)  in the National Institute of Materials Science (NIMS), Tsukuba, Japan. He is also Scientific director of the UCLA Art|Sci Center.

Prior to joining the UCLA faculty in 2001, he was a group leader at IBM Zurich Research Laboratory, where he conducted research in nanoscale science and technology for more than 18 years. Dr. Gimzewski pioneered research on mechanical and electrical contacts with single atoms and molecules using scanning tunneling microscopy (STM).