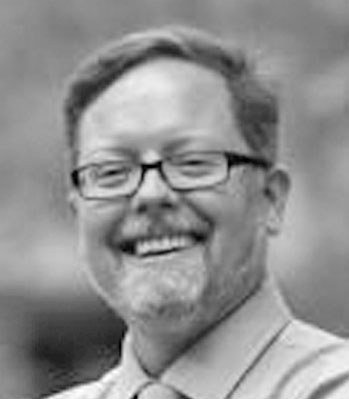 Chair and Professor of Chemical Engineering

Dr. Thomas J. Webster’s degrees are in chemical engineering from the University of Pittsburgh (B.S., 1995) and in biomedical engineering from Rensselaer Polytechnic Institute (M.S., 1997; Ph.D., 2000). He is currently the Department Chair and Professor of Chemical Engineering at Northeastern University in Boston. His research explores the use of nanotechnology in numerous applications. Specifically, his research addresses the design, synthesis, and evaluation of nanophase materials (that is, materials with fundamental length scales less than 100 nm) as more effective biomedical devices. He has completed extensive studies on the use of nanophase materials to regenerate tissues and has graduated/supervised over 109 visiting faculty, clinical fellows, post-doctoral students, and thesis completing B.S., M.S., and Ph.D. students. To date, his lab group has generated over 9 textbooks, 48 book chapters, 306 invited presentations, at least 403 peer-reviewed literature articles, at least 567 conference presentations, and 32 provisional or full patents. His H index is 47. Some of these patents led to the formation of 9 companies. His research on nanomedicine has received attention in recent media publications including MSNBC (October 10, 2005), NBC Nightly News (May 14, 2007), PBS DragonFly TV (covered across the US during the winter, 2008), and ABC Nightly News via the Ivanhoe Medical Breakthrough Segment (covered across the US during the winters of 2008 and separate research segments in 2010 and 2011). His work has been on display at the London and Boston Science Museums. He is the founding editor-in-chief of the International Journal of Nanomedicine (the first international journal in nanomedicine which in five years has achieved an impact factor of 4.97), serves on the editorial board of 15 additional journals, has helped to organize 22 conferences emphasizing nanotechnology in medicine, and has organized over 53 symposia at numerous conferences emphasizing biological interactions with nanomaterials. He also recently chaired the 2011 Annual Biomedical Engineering Society (BMES) Conference and has organized numerous symposia for AIChE, IEEE, MRS and ASME Annual Meetings. He has received numerous honors including, but not limited to: 2002, Biomedical Engineering Society Rita Schaffer Young Investigator Award; 2003, Outstanding Young Investigator Award Purdue University College of Engineering; 2005, American Association of Nanomedicine Young Investigator Award Finalist; 2005, Coulter Foundation Young Investigator Award; 2006, Fellow, American Association of Nanomedicine; 2010, Distinguished Lecturer in Nanomedicine, University of South Florida; 2011, Oustanding Leadership Award for the Biomedical Engineering Society (BMES); and Fellow, American Institute for Medical and Biological Engineering (AIMBE, representing the top 2% of all medical and biological engineers).