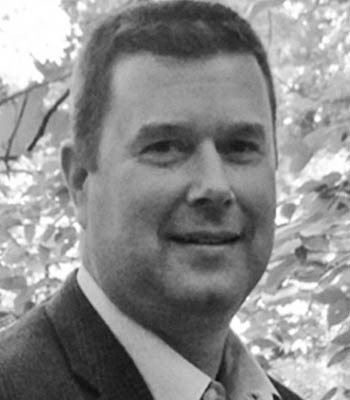 Sean Ireland is Vice President Business Development for FiberLean Technologies Ltd.  He has over 30 years' experience in electronics, electrical engineering and process control from the military to industrial manufacturing; however, his real desire is in growing new technologies through passion and motivation.  Over a decade ago, his interest shifted to the physical and surface sciences of nano-scale technologies with a focus on cellulosic nanomaterials.  During the past decade, Sean has delivered multiple keynote presentations on nanotechnology to diverse audiences across the globe, striving to motivate them to work with these new materials.  Additionally, Sean has been integral in working with multiple government agencies to obtain federal funding for critically needed nanocellulosics research and development. Prior to working for FiberLean Technologies, he served in the U.S. military where he started as a non-commissioned officer working with many weapons platforms.  In the late 1980's, Sean received his officer commission and in 1990 his flying wings.  He then went on to fly the F-16 Fighting Falcon.  Later, Sean was appointed as the Commander of the 174th Forward Operating Location (FOL) located at 10th Mountain Division, Fort Drum, New York, until accepting a position within the pulp and paper industry. While working for Champion International, International Paper and Verso Paper, he is credited with patents and applications in neural modeling, non-linear systems, control algorithms, specialty paper and coating formulations.  He has authored or co-authored several technical papers on non-linear systems and nanocellulose technology and the vision for nanotechnology.  Sean is very active in TAPPI's Nanotechnology Division, but also active in PaperCon, PLACE, ICE, CORREXPO and the Student Divisions.  He is currently Adjunct Professor in the School of Chemical Engineering, University of Maine, was the first Chair for the TAPPI Nano Division, is on the Scientific Advisory Board for P3Nano, and the former Co-Chair for the Agenda 2020 Nano Materials and Novel Products Task Force and on the Board of Executives of Agenda 2020 Technology Consortium.