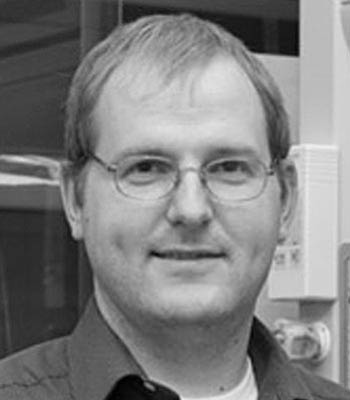 Dr. Jeffrey R. McCutcheon is the Al Geib Professor of Environmental Engineering Research & Education in the Department of Chemical & Biomolecular Engineering at the University of Connecticut.  He received a B.S. in Chemical Engineering from the University of Dayton and his Ph.D. in Chemical Engineering from Yale University. At the University of Connecticut, he serves as a Center Faculty at the Center for Environmental Sciences and Engineering, Industrial Liason for the Chemical and Biomolecular Engineering Department, and is affiliated with the Environmental Engineering and Materials Science and Engineering Graduate Programs.  He is an elected Senator in the University Senate and has been involved in numerous activities at the university ranging from directing an REU program from 2011-2014 to producing a science themed radio show from 2014-2015. His primary research efforts are focused on osmotic processes, including forward osmosis (FO) and pressure retarded osmosis (PRO).  He conducts research on hollow fiber and flat sheet membrane platforms and has worked extensively with electrospun nanofibers as a novel membrane material.  His work has resulted in 50 publications, 2 book chapters, 3 pending patents, and a number of invited seminars around the world.  He is an elected Director in the American Institute of Chemical Engineers Separations Division and serves on the North American Membrane Society (NAMS) Board of Directors. He recently chaired the North American Membrane Society meeting in Boston in 2015 and the 2016 Gordon Research Conference on Membranes: Materials and Processes in 2016.   He has received a number of awards including the 3M Nontenured Faculty Award, the Solvay Advanced Polymers Young Faculty Award, The DuPont Young Faculty Award, and the FRI/John G. Kunesh Award from the AIChE Separations Division.