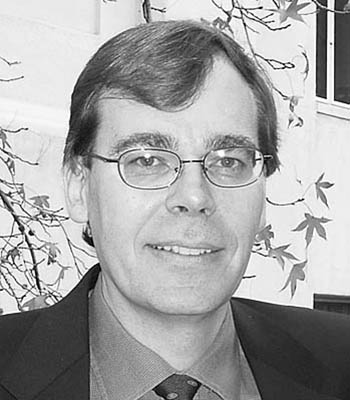 Axel Scherer is the Bernard A. Neches Professor of Electrical Engineering, Medical Engineering, Applied Physics and Physics at Caltech. He received his PhD in 1985, and after working in the Microstructures Research Group at Bellcore, he joined the Electrical Engineering option at Caltech in 1993.  Professor Scherer's group now works on micro- and nanofabrication of optical, magnetic and fluidic devices and their integration into microsystems. He has co-authored over 350 publications and holds over 120 patents in the fields of optoelectronics, microfluidics, and nanofabrication techniques.  Professor Scherer has co-founded three companies (Luxtera, Helixis and Chromacode) and built a state of the art cleanroom at Caltech. Over the past 30 years, he has pioneered microcavity lasers such as vertical cavity surface emitting lasers, micro-disk and photonic crystal lasers. His group developed silicon nanophotonics and surface plasmon enhanced light emitters, and has perfected the fabrication and characterization of ultra-small structures with sizes down to 2nm. Presently, his group works on the integration of microfluidic, electronic, photonic and magnetic functionalities into wireless sensors and spectrometers. Professor Scherer’s group has miniaturized point-of-care instruments for clinical pathology as well as wireless sensors for disease monitoring. His group also works on high temperature radiation-hard electronics and infrared spectrometers for rapid and inexpensive identification of volatile organic compounds.