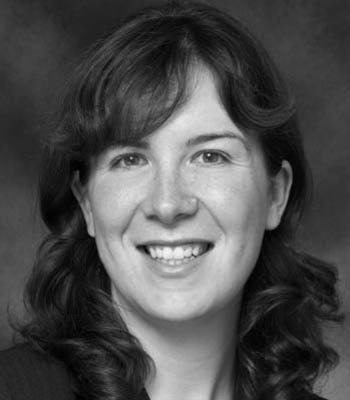 Dr. Sawyer originally joined DOE in 2010 as an ARPA-E fellow, where she performed technical, environmental, and economic assessment of CO2 capture, utilization, and sequestration, methods for direct natural gas to liquids conversion and thermal storage. She later took over as an assistant program director, responsible for ARPA-E’s capture portfolio. She joined the Emerging Technologies team in BTO in 2013 as the technology manager for the Windows and Envelope subprogram and later took on an additional role as the Technology Analysis and Commercialization manager for ET. Within BTO, Dr. Sawyer was responsible for BTO’s Technology-to-Market Initiative, Small-Business Vouchers Program, and U.S.-China Clean Energy Research Center for Building Energy Efficiency and the Partnership to Advance Clean Energy (PACE) joint R&D program with India. Prior to joining DOE, Dr. Sawyer worked as a postdoctoral scholar in the Department of Mechanical Engineering at the University of California, Berkeley, where she studied phonon localization in silicon nanowires for thermoelectric applications and direct air CO2 capture as a member of the editorial committee for a technology assessment for the American Physical Society Panel on Public Affairs. In addition to energy-efficient building technologies, Dr. Sawyer is interested in gas separation materials and processes for energy applications and thermochemical and thermophysical energy storage.

Dr. Sawyer was named a AAAS Science and Technology Policy fellow at ARPA-E (2010) and a fellow at the American Chemical Society-Petroleum Research Fund Summer School as part of the "Probing Dynamics of Liquids and Biomolecules" program (2006). She has authored 10 publications and 15 conference proceedings in the areas of energy, physical chemistry, and materials science. She received a B.S. with honors in chemistry from Syracuse University and a Ph.D. in chemistry from the University of California at Berkeley in 2008, focusing on spin-crossover dynamics and homogeneous catalysis reactions using ultrafast infrared spectroscopy and density functional theory (DFT) calculations.