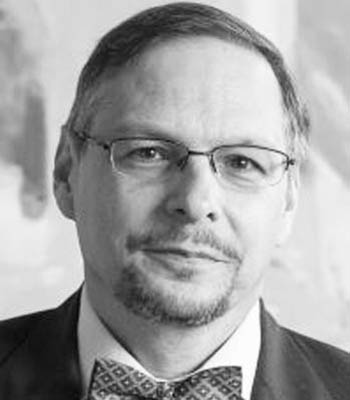 Prof. Orlando Rojas is a Canada Excellence Research Chair and Director of the Bioproducts Institute in University of British Columbia. He is recipient of the Anselme Payen Award, one of the highest recognitions in the area of cellulose and renewable materials.

Prof. Rojas is an elected as Fellow of the American Chemical Society (2013), the Finnish Academy of Science and Letters (2017) and recipient of the Tappi Nanotechnology Award (2015).

He has been scientific co-PI of the FinnCERES Flagship to advance the Finnish materials bioeconomy and acts as an ambassador to advance the Boreal Alliance. His most recent research grants include the European Research Commission Advanced Grant and Horizon H2020. He has authored about 430 peer-reviewed papers (IF=73, 26000 citations) related to the core research, mainly dealing with nanostructures from renewable materials and their utilization in multiphase systems.