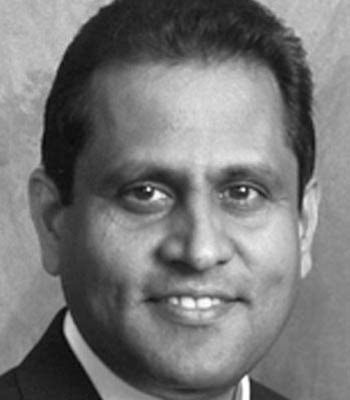 Dr. Anirudha Sumant received his Ph.D. degree in Electronic Science from University of Pune, India in 1998. He was a post-doctoral fellow at Argonne National Laboratory from 1998-2001 and after spending couple years in the start-up industry after his post-doc, he joined University of Wisconsin-Madison in 2003 and held Staff Scientist position until 2006. He joined the Center for Nanoscale Materials, Argonne National Laboratory in 2006 as a Materials Scientist and since then leading the research on nanocarbon materials including CVD-diamond, carbon nanotube and graphene. The central theme of his research direction is on developing energy efficient systems based on nanocarbon materials. He has more than 22 years of research experience in the synthesis, characterization and developing applications of carbon based materials. His main research interests include electronic, mechanical and tribological properties of carbon based materials, surface chemistry, micro/ nano-scale tribology, and micro-nanofabrication. He is the author and co-author of more than 100 peer reviewed journal publications, 2 book chapters, and has 14 granted patents (all licensed), 21 pending. The list of his awards include four R&D 100 awards, NASA Tech Brief Magazine Award, and 2016 TechConnect National Innovation Award. He has presented his research via numerous invited/keynote talks. His research in diamond materials helped in the formation of several start-up companies including NCD Technologies Inc. and AKHAN Semiconductors Inc. He is a member of MRS, STLE and AVS.